The suggestive center of Torre di Palme is a fantastic panoramic balcony on the top of a hill in a dominant position on the coast and the Adriatic Sea. The village belongs to the circle of the castles of Fermo, divided according to their location, in marine, middle and mountain areas: the marine ones rise on the top of the hills and generally have an ellipsoidal urban layout (with east-west axis) surrounded by walls that they open with "da Sole" or "da Bora" doors.
The town rose in the Middle Ages as a fortified protection of the ancient seaport of the Roman city of Palma in order to defend it from frequent pirate raids. The coastal area between the rivers Tesino and Chienti, named in the ancient geographical maps as "Agro Palmense", had its port in the ancient Palma in Agro Piceno, mentioned by Pliny the Elder for the production of the precious Palmense wine.
A proud medieval castle with a strong defensive system, Torre di Palme owes the construction of much of the oldest nucleus to the Augustinian religious movement. Proud of its independence, the country often came into conflict with the municipality of Fermo; lost its autonomy in 1861 when it became a hamlet of Porto San Giorgio, and then passed definitively, from 1878, under the administration of Fermo.
Torre di Palme stands out for the preservation of its environment and for the stylistic uniformity of medieval and Renaissance buildings, elements that make it, despite its small size, one of the most interesting historical centers of the region. The village is cut from west to east by via Piave that, in addition to housing the most significant buildings of the ancient town, allows you to admire incomparable urban views in which the narrow streets, characterized by terracotta facades flowered geraniums, frame broad views of the sea ​​and surrounding hills. The visit of the village can start from the small church of San Giovanni, dating back to the year 1000, in stone ashlars and hanging arches, inside which there are frescoes of the XV century; follow the Palazzo Priorale with a round arch in the façade and a small bell tower and the Gothic Church of Sant'Agostino (formerly of the Eremitani) with an adjoining convent, with a typical red brick, whose gabled façade is ennobled by a beautiful gothic portal and a rose window: not to be missed, inside, a table by Vincenzo Pagani (1578) and an impressive polyptych by Vittore Crivelli stolen in 1972 and recovered shortly after (with the exception of three compartments of the predella), ennobled by the frame original carved wood and characterized by shining enamel colors, made even more intense by the gold of the background. Continuing along the course you reach the Church of Santa Maria a Mare, built in the twelfth century and later modified, in ashlars of stone and brick, whose bell tower is decorated with intertwined arches and majolica basins: interesting the interior with three naves with raised presbytery and Byzantine frescoes from the 14th century. On the left of the church, in a small garden, there is a real well, once used as a Baptistery.
Opposite the church stands the Romanesque Oratory of San Rocco from the 12th century, whose 16th-century portal bears the coat of arms of Torre di Palme.
The main street ends in piazzale Belvedere from which you have a wonderful view of the coast and the sea below.
The village is surrounded by the dense vegetation of the Boschetto di Cugnolo, a protected floristic area, interesting because it preserves typical species of the Mediterranean scrub; the area is an ideal destination for hikers, also thanks to the suggestive Grotta degli Amanti, theater of the tragic love of Antonio and Laurina, the two lovers who found their death by throwing themselves into the void from the Fosso di San Filippo. 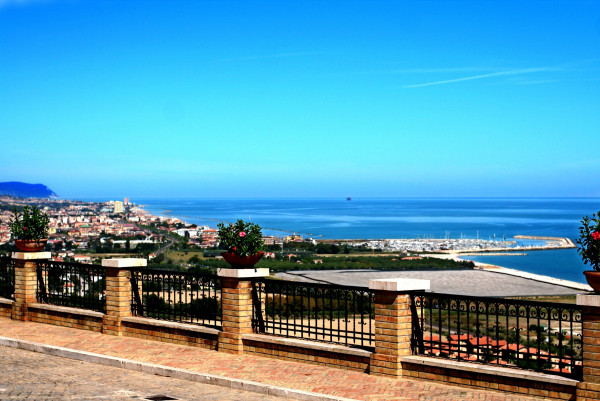 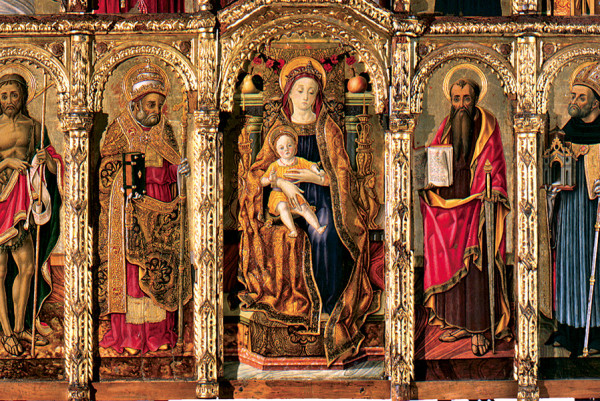 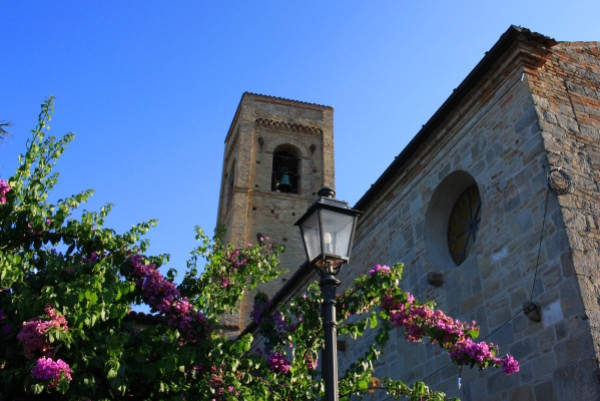 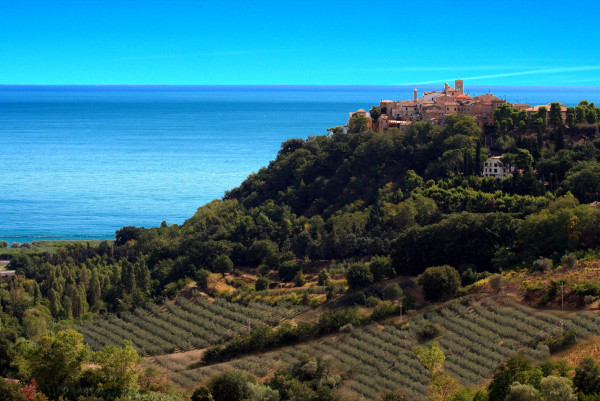 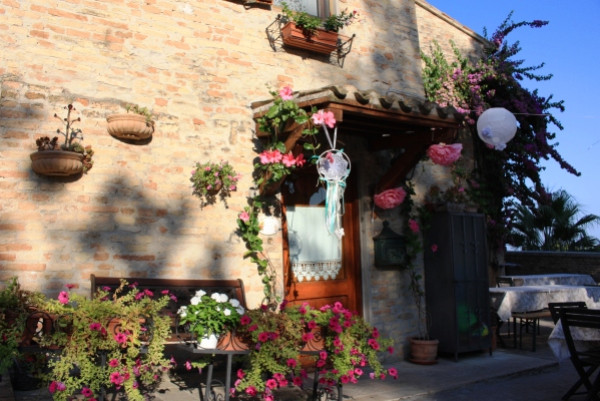 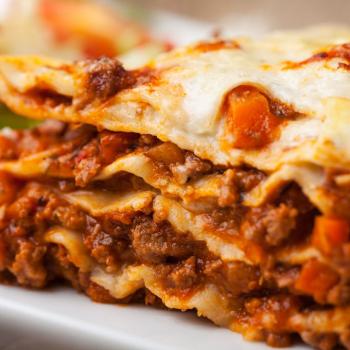